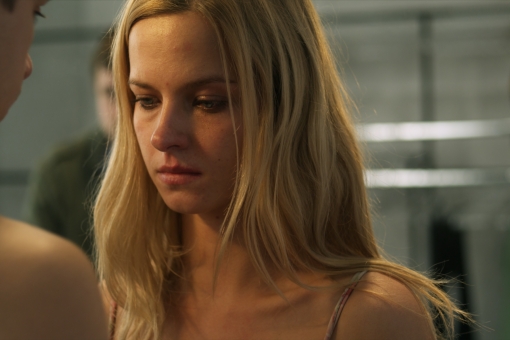 Anna Jadowska was born in 1973, in Oleśnica. She studied at the Faculty of Polish Studies of the University of Wroclaw. She made her literary debut in 1996, writing for “Brulion” literary magazine. She also worked in the Polish Radio Wroclaw. In 2004, she graduated from the Faculty of Directing at the Film School in Lodz. She was a co-director of Touch Me, a full-feature film that was shown, among others, at the IFF in Berlin (2004). When studying at Andrzej Wajda Master School of Film Directing, she wrote a screenplay for the feature It’s Me Now. In 2009, she made Generał — zamach na Gibraltarze, a feature film nominated for Golden Duck Awards, in five categories. The screenplay for Out of Love has been awarded in the prestigious Hartley-Merrill Script Competition.