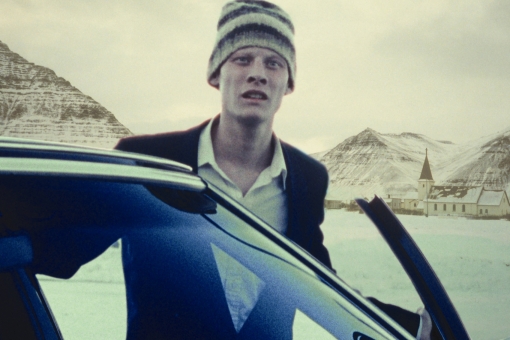 Nói (Tómas Lemarquis), a 17 year-old boy, lives together with his eccentric grandma (Anna Fridriksdóttir), on a remote fjord in southern Iceland. During winters, the fjord is completely isolated from the outside world, surrounded by the ominous mountains and covered by a shroud of snow. Nói dreams about escaping from the snow-white prison, taking Iris (Elín Hansdóttir) — a girl who works at a petrol station, in a nearby small town — with him. However, the unsuccessful attempts are completely out of control and end up in a total disaster. Now, the universe of Nói can only be shaken by a natural disaster, thus opening the door to a better world.