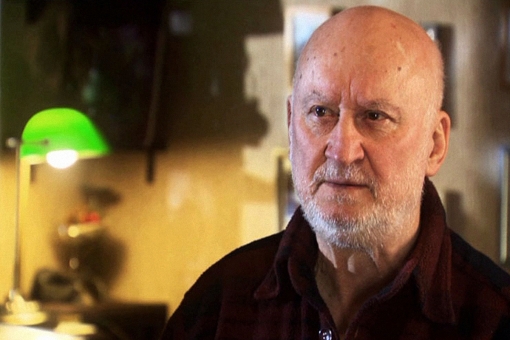 The film work of Grzegorz Królikiewicz to be presented to the audiences of the TOFIFEST Festival is a sheer phenomenon, on the festival map, both in Poland and abroad. He is a director, whose film debut Through and Through — a shocking picture about crime and redemption — proved that it was possible to create one’s own language of cinema and use it as a channel to expressthe most subtle states of humanity. For many years, Królikiewicz has remained undiscovered and unrecognised, pigeonholed as an author of dark, incomprehensible and reactionary cinema. After all, Królikiewicz is an unusual director. First and foremost, he is a director-philosopher, whose work makes reference to the tradition of the philosophical cinema that asks the most significant questions about existence, morality and philosophy of history. The very centre of the philosophical system of the author of The Dancing Hawk is Christian humanism — although it is continuously challenged and reinterpreted, presenting new and unexpected dimensions that equally inspire those seeking God in cinema and those that are tormented by doubts. Just as the great masters whom he admires — Roberto Rossellini, Robert Bresson, Carl Theodor Dreyer and Federico Fellini — the author of Through and Through is making films to answer the question fundamental to every human being: what makes the absurd existence of a man, thrown into the brutal and hostile world, bearable? The director-philosopher and the protagonists of his films already know the answer: it is selfless love that serves as a shield we can use to save our humanity. This is the love we see in the Maliszowie family — the “innocent murderers” in Through and Through, the love of the wife for the main character trapped in a bunker in Fort XIII or the gesture of sympathy that concludes The Case of Pekosinski.

And yet, Królikiewicz the Philosopher is also Królikiewicz the Seeker of Artistic Innovation. It was many decades before Lars von Trier, Tsai Ming-Liang or Hou Hsiao-Hsien that Grzegorz Królikiewicz had already used the concept of the “off screen space”, in his films. He demonstrated that it was possible to draw the audiences into the world of the film, not just by simple “projection” or “identification”, but by “adding” and “supplementing” of the things that are unseen on screen and yet constitute the essence of the film message.

Just as Jean-Luc Godard — the prophet of the “video era” — the unique films of Grzegorz Królikiewicz show new ways of using the medium of cinema. Even today, the enigmatic “white noise” indicates the cohesion between the video image and the Cosmos, presenting a great challenge to the future filmmakers. Last but not least, Królikiewicz is an artist plunged into history — Polish history, in particular. The proof of that is the material for the TV shows and widely commented documentary films that he has been making for nearly 30 years. In his “film essays”, Królikiewicz creates his own vision of the Polish nation, seeing the heroic sacrifice as the fundamental value that merges the fate of Poles, into an immortal myth. The cinema of Grzegorz Królikiewicz is of the highest artistic purity. It is full of contradictions and controversies, combining various types of poetics. It is an original cinema that is ahead of its time. Through and Through is way ahead of the brutal morality pieces by Bruno Daumont, Lars Von Triera or Gaspar Noe that have been shown all over the world. Killing Auntie is in truth a punk-oriented film, satisfying a certain pattern and being a polemic with the post-modern cinema. As for Trees, it was the first ecological horror in the world and yet it was underestimated and rejected in Poland. Eternal Grievances is a film that combines avant-garde patterns with the mainstream cinema, in a courageous and consistent way.

In his private life, Królikiewicz stays away from the spotlight and media brouhaha. He has never aspired to become one of the international filmmakers, rejecting the glitter of big festivals and international productions. And yet, ironically, his films show the qualities of the top world class: pioneering, brave, unforgettable and sending important messages. Furthermore, it is an interactive cinema, a 3D cinema, if you will — but in its intellectual, mental and spiritual dimension, not in the technical meaning of the phrase. It is a democratic cinema that consumes the viewer and makes them partners of the artistic spectacle of Grzegorz Królikiewicz.