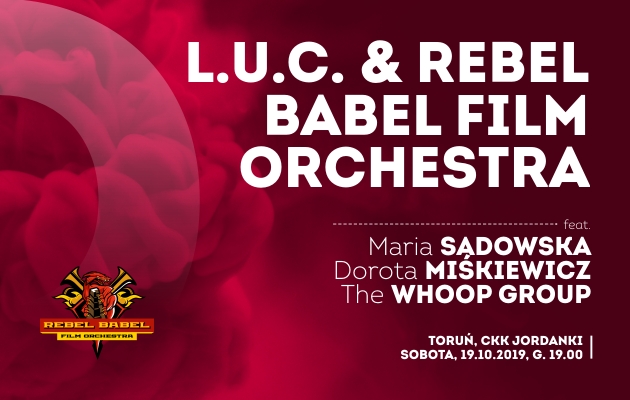 It is a unique musical project, which will add splendour to this year’s edition of the Tofifest International Film Festival, which starts on 19th October in Torun, being already the seventeenth edition of the festival.

Rebel Babel Film Orchestra is a project involving a unique, international orchestra, which gives concerts all around the globe, each time inviting different artists to become part of their artistic image, combining styles and mixing genres in an uncompromising way. This time, Łukasz L.U.C Rostkowski, the author behind the project and a musical visionary, is going to take the audience on an unforgettable journey to the musical universe of Krzysztof Komeda or Jan A.P. Kaczmarek, the first of who composed music for a number of films by Roman Polański, Marc Foster, or Jerzy Hoffmann, for example. And that isl not be all, as their music will be accompanied by some of the greatest classic pieces composed for Polish films, just as the song Jak przyjemnie by the legendary Henryk Wars.

A powerful Torun-related music accent will the ballad Nim wstanie dzień composed by Krzysztof Komeda, which was the leading theme in the film Prawo i pięść / The Law and the Fist. The film was made in 1964 with its entirety shot in Toruń – it is often referred to as “the first Polish western.” 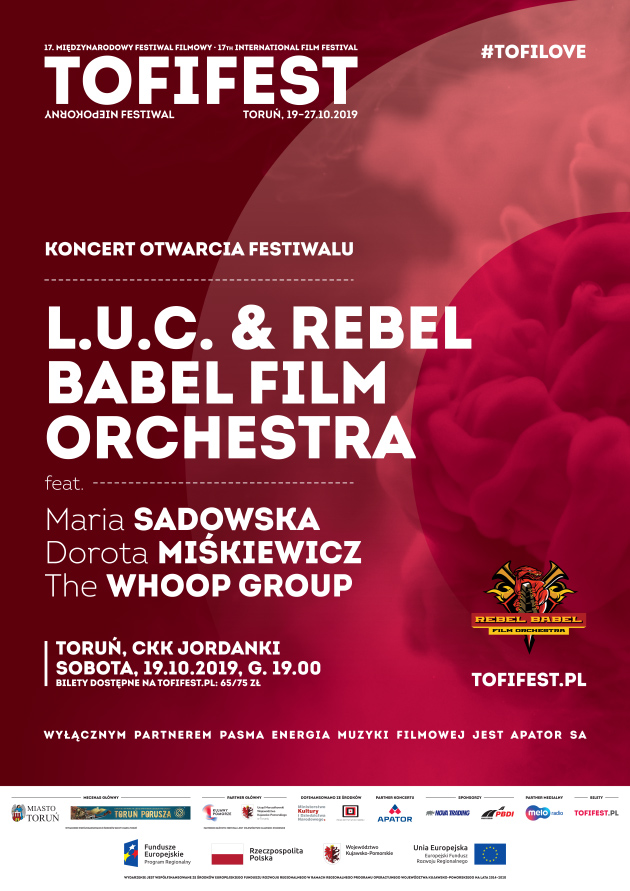 To accompany him on stage of the Toruń edition of his music project, L.U.C. has invited two female artists, namely Maria Sadowska, an acclaimed vocalist, film director, composer, and lyricist, whose artistic versatility makes it possible to combine such far-away genres as funk, electronic music, jazz or pop, and Dorota Miśkiewicz, a vocalist, composer, and violinist, whose musical roots grow deep into jazz. Both of them seemingly represent two different worlds of music. In reality, though, they share the passion for music, the courage to discover its new territories, the uncompromising approach to compositions, and the tendency to set the bar up high. While in Toruń, the Rebel Babel Orchestra will have pianist Dominika Czajkowska and Whoop Group in their ranks. They will be accompanied on stage by a brass band from Chełmża.

The concert of L.U.C. & Rebel Babel Film Orchestra will be part of the Energy of Polish Film Music section of the festival. Join us on Saturday, 19th October, at the Cultural and Congress Centre Jordanki, at 7.00 p.m. Tickets are already available for 65/75 PLN on the official website of the festival at https://bilety.tofifest.pl/.

APATOR S.A. IS THE EXCLUSIVE PARTNER OF THE “ENERGY OF FILM MUSIC” SECTION