Paulina Przybysz to bring superpower out of music at the 18th edition of the Tofifest International Film Festival. Kujawy Pomorze Region 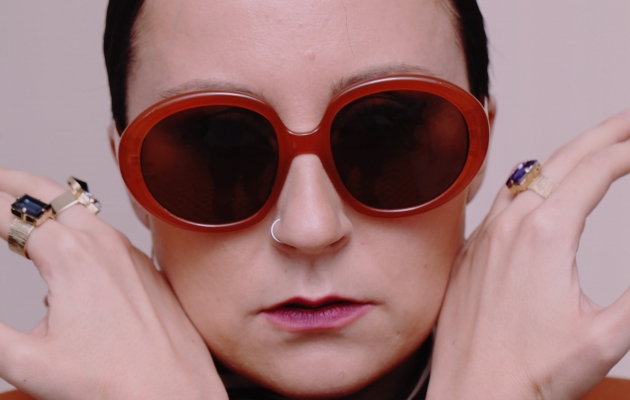 The Closing Ceremony of the 18th edition the Tofifest International Film Festival. Kujawy Pomorze Region will be graced by an original performance of Paulina Przybysz, one of the most interesting modern artists on the Polish music scene. The concert named “Music. The Superpower” is a homage paid to both cinema and artists.

While on stage at the Cultural and Congress Centre Jordanki in Torun, Paulina Przybysz will perform songs by Etta James, John Lennon, or Joy Division. For some of them, she will be accompanied and supported by Stanisław Soyka, an outstanding vocalist and a special guest to the concert.

Paulina Przybysz has been gifted with a unique and distinctive tone of voice, and her personal music interests stretch far beyond the standards commonly acceptable in Poland. The artist has been long known for popularising R'n'B and soul music, both of which were the styles used at the beginning of her music careers, the group Sistars, in which she performed with her sister Natalia. A number of the songs they composed, namely Spadaj (Get lost) Synu (My Son), Skąd ja cię mam (Where did I get you from), or Freedom, made them famous and brought them a rain of awards and rewards.

While pursuing her solo career, Paulina Przybysz is continuing her original artistic path, which has since been enriched with discovering new areas, such as hip-hop, rap, or film music. This special concert “Music. The Superpower”, which was prepared solely for the purpose of the 18th edition of the Tofifest International Film Festival. Kujawy Pomorze Region, will clearly demonstrate just what a versatile artist she actually is. It will also become an opportunity for Paulina Przybysz to share her philosophy of life and thoughts on the role of art and artists in the contemporary world, with the audience. 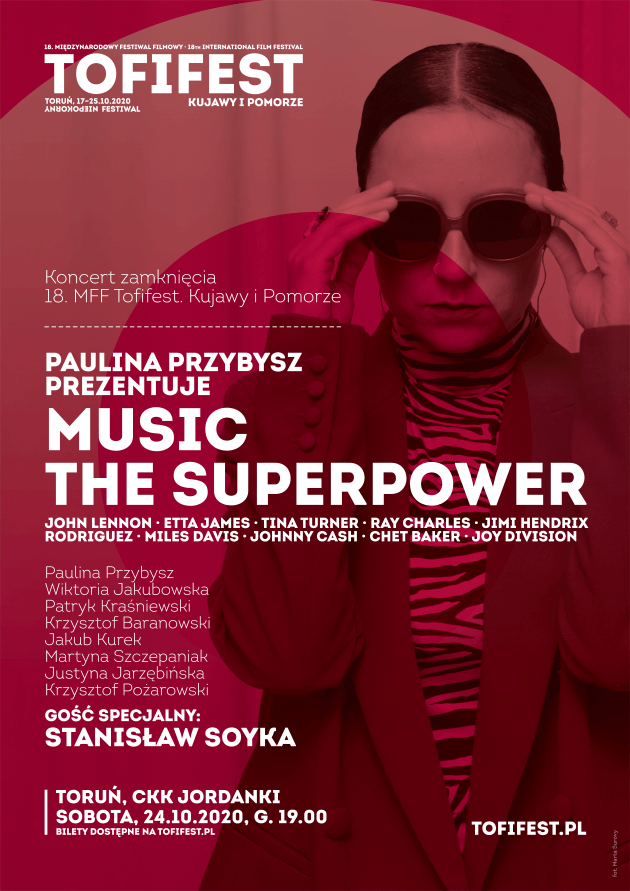 “Artists capable of producing endorphins, tears, shivers, and excitation, but also those able to promote their views and stories, wield a great power in their hands. Just as great heroes, they walk onto the stage to use their sounds, words, and emotional phrases to save us from the mundane. The thing is that when the lights go out and they take their superhero outfit off, real life comes back to check, whether the dreams they pursued necessarily bring the fulfilment and happiness they wanted. The world of cinema has provided us with many absolutely extraordinary images of stories that happened in the lives of our idols, comments Paulina Przybysz. I want you to listen to the concert paying attention not to the songs alone but also to the very artist in the flesh, she adds.

The concert will take place on 24th October, at 7 p.m., at the Cultural and Congress Centre Jordanki in Torun, following the Closing Ceremony of the 18th edition of the Tofifest International Film Festival. Kujawy Pomorze Region. Tickets will be available for 60 PLN on www.tofifest.pl from 6th October.

This year’s edition of the Festival will be held from 17th October to 25th October, naturally in Torun. It will have a hybrid nature, combining both stationary and on-line film screenings. Rest assured that one thing remains unchanged: the Tofifest International Film Festival will be a great feast for all cinema enthusiasts, both those coming to visit Torun in October and those sitting in front of their screens at home. Just as it is every single year.