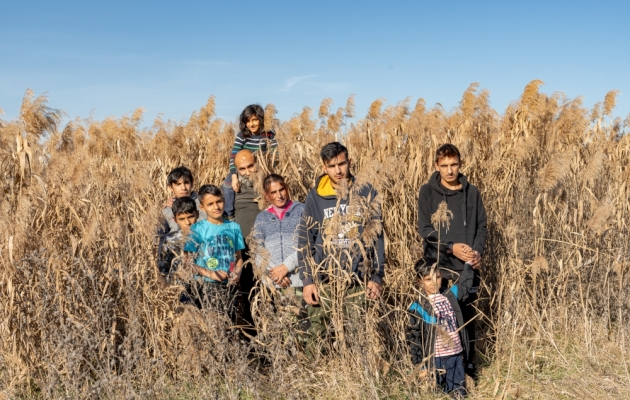 For twenty years, the Enache family, i.e. nine children and their parents, lived in the wilderness of the Bucharest Natural Delta, an abandoned water reservoir located at the outskirts of the metropolis vibrant with life. The family members used to sleep in a hut by the lake, caught fish with their bare hands, and lived in harmony with the rhythm set by the changing seasons. When it is decided that there will be a natural park established at the delta, the family is forced to give up their unconventional way of life and move to the city. While there, their fishing rods will change to smartphones and the children will learn to read and write at school, instead of spending afternoons playing. The family members are having trouble adjusting to the life in a modern civilisation and struggle to make sure that the move does not affect their relations. Each of them starts to question their place in the world and ponder on what the future holds for them. Acasă, My Home is a classic story about David and Goliath, but this time it is David’s turn to lose. This documentary film portrays a family living their life in the bosom of nature, who are forced by the system to move to a concrete jungle. This interesting documentary has been directed by Radu Ciorniciuc, a novice in the film business. The film was awarded for cinematography at the Sundance Film Festival. It was also selected for the Krakow Film Festival, where it won the Golden Horn main award in the International Documentary Competition.

At the end of 1980s, many teenage Hungarians dreamt of going to a very peculiar summer camp. During a period of three weeks, teenage boys and girls would leave behind the reality of the very last days of the socialist regime and enter a fairy-tale world of Epipo – a place where magic reigned, children played different characters, and invented their own language. The charismatic camp manager knew well how to bewitch the children, but there was more to the camp than just innocent games and playing – children were systematically humiliated and abused, which was kept thoroughly hidden for many years. One day, the daughter of Judit Oláh, director of the film and a former resident of Epipo, declares that she wants to take part in the summer camp. Quite to her surprise, the mother finds it difficult to let her daughter go on holiday to that particular place. After 25 years of keeping silent, Judit reunites with the former playmates, in an effort to understand why the hermetic and mysterious world of the dark secrets of Epipo still remains a part of their lives.

The documentary film Pollywood is a universal story about big dreams and about the courage and determination to see them fulfilled. In 1886, Benjamin Wrona, a poor Jewish shoemaker from a small village, and his family decide to immigrate to America. There, he changes his surname to Warner, and it will only take between ten and twenty years for his sons to start the Warner Bros film company. In 1885, a certain Szmuel Gelbfisz travels nearly 1,500 kilometres on foot to get to the Port of Calais, in France. Twenty seven years later, now going by the name of Samuel Goldwyn, he releases The Squaw Man, his début film production directed by Cecil B. DeMille, which goes down in history as the first feature film ever made in Hollywood. It is true, what they say. All Hollywood moguls originated from an area within 500km radius from Warsaw. Why? That is the question!, in the film says Gregory Orr, a grandson of Jack Warner. Paweł Ferdek tries to reveal the secret behind Polish immigrants and access the deepest mysteries of Hollywood. He manages to talk to some of the most popular film producers, who are also immigrants. They show him the ropes of becoming a success at the Dream Factory. He strives to understand the methods applied by the cinema pioneers and at the same find out, whether a universal recipe for success actually exists. He wants something more, than just tell their story – he wants to experience it first-hand. Does he even stand a chance, since he has no acquaintances in Hollywood? Will he make his dream about Hollywood come true, too?

The music group The Tap Tap was founded by participants of music workshops organised by the Jedlička's Institute for Disabled, a non-profit organisation, which specialises in providing care for the disabled children and adults. Šimon Ornest, leader of the band, helps the musicians find the fame and recognition they so much deserve, and opposes the stigmatisation of and prejudices against people with disabilities, during the inspiring performances given by the band. The filmmakers are successful in capturing the evolution of the few musicians over the years. The camera follows them in their everyday lives and during rehearsals. They are also observed while in private and when dating. The authors of the film stay away from the typical drumming up sympathy. They show relationships between the musicians themselves and between them and their mentor, whose unconventional efforts definitely improve the image of a disable person. Film director Radovan Síbrt (author of When the War Comes) has made an observational documentary, but in a realistic convention, in which the protagonists are energetic, witty, and uncompromising musicians and the eccentric leader. To quote the author of the film himself: Even if I myself found it initially quite difficult, I tried to make this film in the vein of the approach the members of the band have toward their own fate: no sentimentality, no senseless pity, or political correctness, but with a pinch of black humour. The film was screened at the Hot Docs Canadian International Documentary Festival in Toronto. 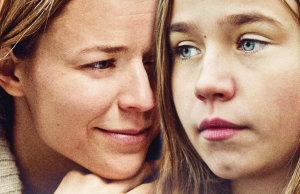