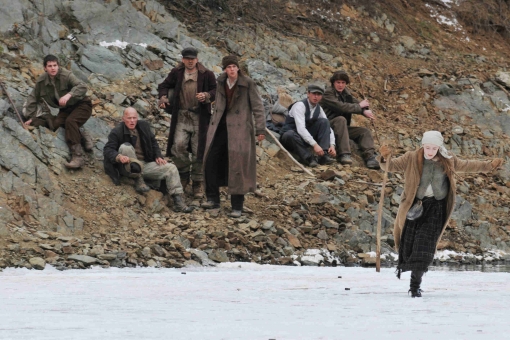 In 1940, a group of daredevils from many countries escaped from a Russian gulag. They had no map or compass, but did the impossible: they went through Siberia, taiga, the uplands of Mongolia, the Gobi Desert, Tibet and the Himalayas, and got as far as to India. This unusual journey spanned 6,000 km and was full of heroic struggle to survive. Despite cultural differences and language barriers, they pursued a common goal: regaining the freedom they had lost. The deadly frost and unbearable heat were not in their favour. They walked on foot, through the most extraordinary and dangerous areas of the world, learning to forgive and regain the humanity they had lost back in the gulag.