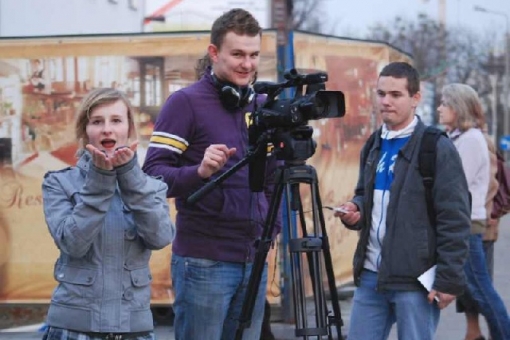 This film was made during the Summer School of TV Reportage, organised by the Art House Foundation in Bydgoszcz. The idea for the screenplay was selected in a competition. The jury was comprised of film and theatre directors and the crew of the Art House Foundation. The international team that included the winner and awarded finalists decided to film the concept of Aleksandra Kamińska, under the title The Domino Effect. The main characters were portrayed by the actors of Teatr Polski in Bydgoszcz: Magdalena Łaska and Paweł Gilewski.