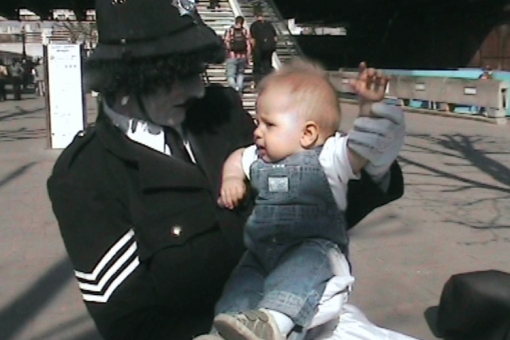 Forbidden fruit no. 6 is a documentary about the cult underground Polish artist and the creator of the legendary comic fanzine — Forbidden Fruit — that circulated in the punk rock community. The artist is Dariusz “Pała” Palinowski — born in 1969, in Lublin, currently living in Torun. He has been a pioneer of the independent comic art in Poland, loyal to the punk subculture (he started drawing during the period of transformation). He has instilled certain tendencies in the Polish comic art community, which have survived to this day. Forbidden Fruit — his most famous work — is a keen satire on the reality. His comic book was the first album to be released by “Kultura Gniewu” — one of the biggest contemporary Polish comic art companies.