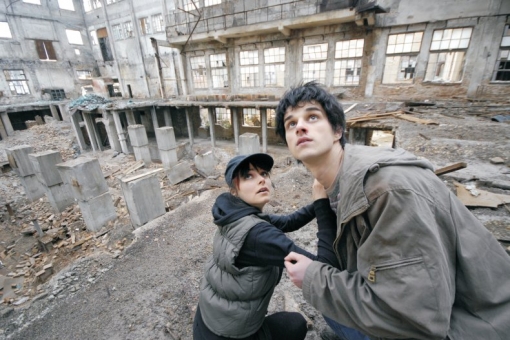 “Skinning” is a story of a young Belgrade teen and math genius Novica who strives for respect and love. He finds a path to these desires, but most of all, acceptance, by looking up to his fellow mathematician Relja who is the alpha male leader of the neighbourhood skinhead football hooligan gang. Novica gradually joins Relja’s gang and falls in love with Relja’s girlfriend Mina who is also a member of the group. The skinheads are at war with the local gangster crowd. They are struggling over who will lead the hooligan group of supporters of the local football club. The police are powerless in their clashes, because the officers are corrupted by local gangster bosses. It’s film about the choices we make in life, and how easy it actually is to go down the dark path that ruins not only you, but also those closest to you.