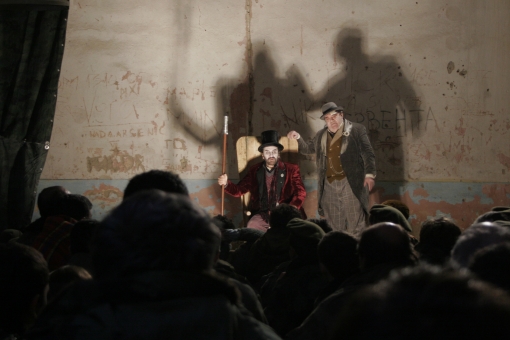 Year 1993, the bleakest time of war in Bosnia and Herzegovina. A group of actors from Belgrade, utterly unaware of what they’re setting themselves up for, embark on a search for quick earnings — on a “tour” around the Serbian Krajina. However, there they are thrust into the heart of war and begin to wander from warfront to warfront, from one army to the next. During their horrible journey they meet Serbian, Muslim and Croatian fighters, are faced with hopeless situations but always seem to work their way out of them. Their naivety, which put them in the midst of these horrific events in the first place, is also what saves them. While putting their acting skills to use, they manage to save themselves from perilous situations they encounter every step of the way.