Look Back in Anger 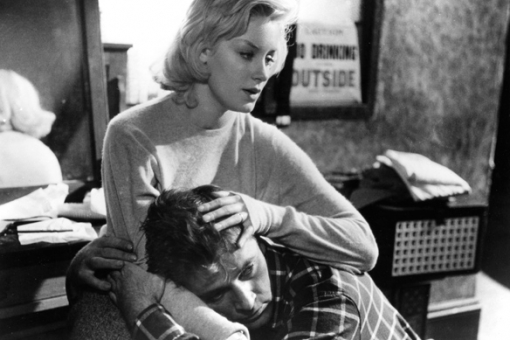 Archetypal British “angry young man” Jimmy Porter is a college-educated bloke who can't seem to get any better job than working in a candy store. Jimmy's relationship with his wife Alison alternates between hugs and kisses when he's feeling good and verbal abuse when he's down on himself, which is often. Alison's best friend Helena Charles advises Alison to escape her injurious marriage. Left with no one for a punching bag, Jimmy romances Helena. Having suffered a miscarriage, Alison returns, and Helena walks out of Jimmy's life. In keeping with its depiction of the dead-end existence of most of England's working poor in the late 1950s, nothing is truly resolved in “Look Back in Anger”. Playwright John Osborne uses Jimmy Porter as a spokesman for Osborne's own spleen-venting harangues against the British government and class system.