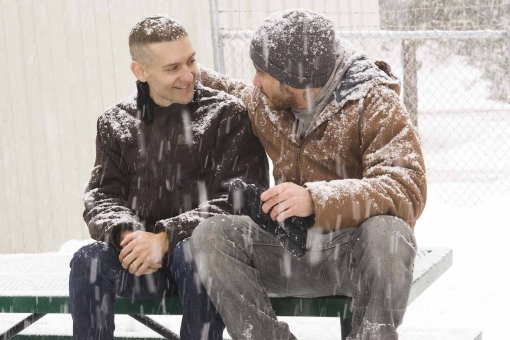 “Brothers” tells the powerful story of two siblings, thirty-something Captain Sam Cahill  and younger brother Tommy Cahill, who are polar opposites. A Marine about to embark on his fourth tour of duty, Sam is a steadfast family man married to his high school sweetheart, the aptly named Grace, with whom he has two young daughters. Tommy, his charismatic younger brother, is a drifter just out of jail who’s always gotten by on wit and charm. Shipped out to Afghanistan, Sam is presumed dead when his Black Hawk helicopter is shot down in the mountains. At home in suburbia, the Cahill family suddenly faces a shocking void, and Tommy tries to fill in for his brother by assuming newfound responsibility for himself, Grace, and the children. But Sam is not dead; he and a fellow soldier have been captured by Taliban fighters... When he unexpectedly returns to the States, a nervous mood settles over the family.