Taste of Honey, A 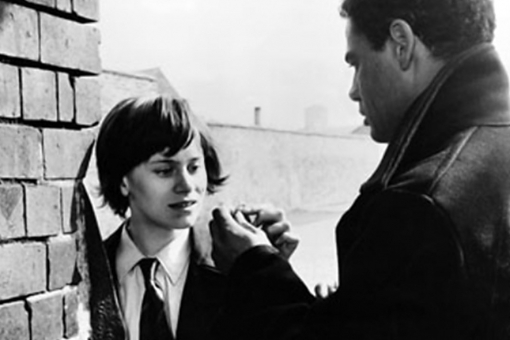 Director Tony Richardson adapted the screenplay of “A Taste of Honey” from the “kitchen sink” stage play by Shelagh Delaney. Rita Tushingham plays a working-class British teenager Jo, living with her libertine mother Helen. Denied affection by her selfish mother, Jo is pushed further in the background when Helen impulsively marries her latest boyfriend Peter Smith. The girl takes a job at a shoe store, then moves in with her kindly homosexual employer Geoffrey Ingham. The two lost souls live in harmony until Jo becomes pregnant after a casual affair with black sailor Jimmy. He comes to the rescue by offering to look after the baby. This relatively blissful state of affairs is short-lived; before long, Jo's hateful mother, having been kicked out by Peter, descends upon her daughter and her “family”, with all her debilitating emotional baggage intact. A poignant denouement caps this riveting slice-of-life drama.