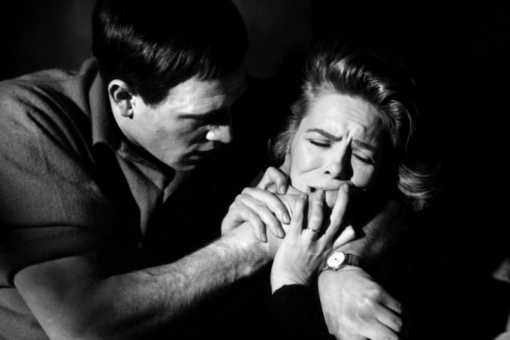 Adapted by David Storey from his own novel, “This Sporting Life” stars Richard Harris as Frank, an athletic coal miner who aspires to the greener pastures of professional rugby. Soon establishing himself as one of the most brutal and arrogant players in the business, Frank begins to amass a fortune. He also falls in love with his landlady, Mrs. Hammond, who initially resists his advances. When she finally gives in, their relationship hinges on sex alone, as Frank practically begs Mrs. Hammond to give of herself emotionally and she remains incapable. At the wedding ceremony for one of Frank's teammates, Mrs. Hammond unexpectedly lashes out at her swaggering lover. They split up, but Frank, who until now has equated happiness with wealth, is unable to get over the permanent loss. In the end, with nothing else left, all of Frank's self-worth becomes contingent on his rugby performances, though Frank and the other players are exploited to such a degree that this also proves disastrous.

Lindsay Anderson (1923-1994) — theatre and documentary director, film critic, and leading light of the Free Cinema movement and the British New Wave. He was born in Bangalore, South India, and educated at Saint Ronan's School in Worthing, West Sussex, and at Cheltenham College; Wadham College, Oxford, where he studied classics; and Magdalen College, Oxford where he studied English literature. He was a founding editor of the film magazine „Sequence”, and from 1948 he directed a series of documentaries, including Thursday's Children (1955, Academy Award). He directed several theatrical productions