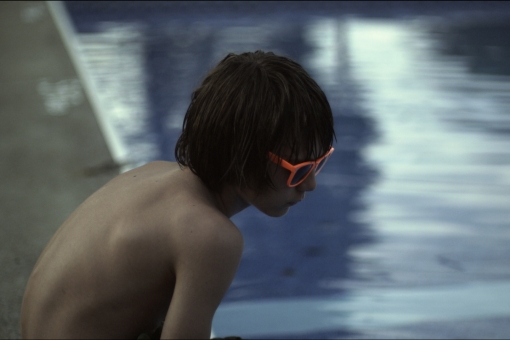 A Man and a Boy, trudging down a hot, deserted stretch of highway, sneak into a motel swimming pool and are soon found by a Girl who works there. While at first everything seems normal, as the Boy speaks with the Girl a strange and disturbing shift occurs, and the reality of who they really are is called into question.

Christopher Radcliﬀ and Lauren Wolkstein are NYC-based filmmakers who received their MFAs from the graduate film program at Columbia University School of the Arts. Their film has played in numerous festivals around the world.