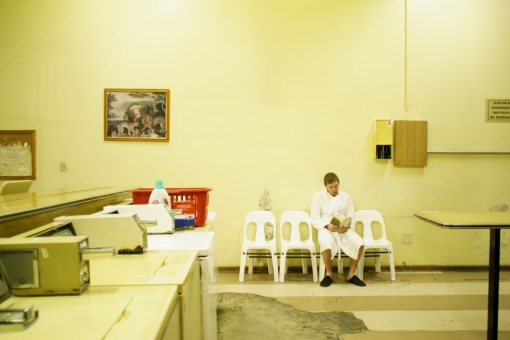 It’s 1:08 AM and Roger is doing his laundry at The Wishy Washy. For Roger this is merely routine, but tonight there’s something strange in the laundromat’s water. Before the night is out Roger will be abused by a middle-aged philandering businessman, severely beaten, and finally scowled at by amorous teenagers.