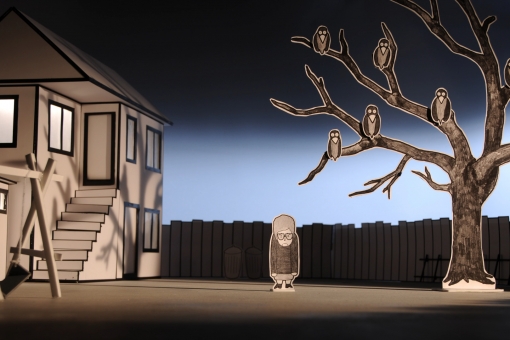 In the garden of my grandparents was standing a cherrytree, which grew every year a little higher. I too was still growing at that time, so did the world population and the gross domestic product. I had the feeling I would keep growing forever. Not until inside my grandmother something began to grow as well, I started to have doubts.

An autobiographical documentary about the utopia of unlimited growth.

Florian Heinzen-Ziob (born in 1984) — after receiving his highschool diploma, he was assistant director at the Schauspielhaus Düsseldorf and worked at a postproduction company in Hamburg. Since 2006 he studies at the University of Media Cologne filmdirecting.