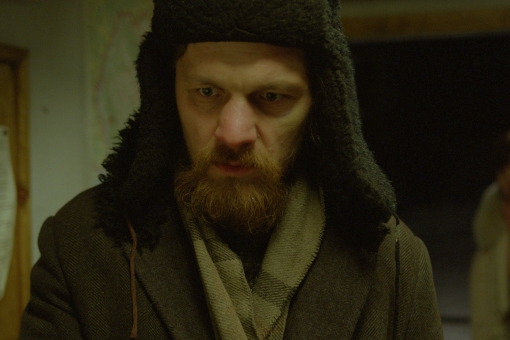 Russia, present day, summer: Truck driver Georgy picks up his latest load and heads off for the motorway, stopping off first at home, where he avoids contact with his wife. His journey is interrupted by two traffic police at a checkpoint; and when he evades their seemingly-unnecessary attentions and returns to his cab, he finds an old man sitting in the front seat. The man asks for a lift, and, in return, tells Georgy the sobering story of his return from the German front in 1946. After the old man disappears, Georgy drives into a traffic jam on the main road. A teenage prostitute appears and offers to show him a short-cut — along with her services — and they end up at a village market. There, hurt by Georgy’s attempt to show her some kindness, she abandons him. Leaving the market, Georgy continues his journey alone and ends up lost in a field. By now, night has fallen and his truck has broken down. Three tramps appear out of the darkness, planning a robbery. They invite Georgy for a meal by the fire and offer him a drink.

Sergei Loznitsa was born in 1964 in Baranovichi, Belarus (former USSR). He grew up in Kiev, Ukraine, where he graduated from the Kiev Polytechnic Institute with a degree in engineering and mathematics. He worked for several years at the Institute of Cybernetics as a scientist involved in the development of expert systems and artificial intelligence. In 1991, Sergei entered the Russian State Institute of Cinematography in Moscow graduating in 1997, and eventually started producing his films at the prestigious Documentary Films Studio in St Petersburg. In 2001 he moved with his family to Germany.