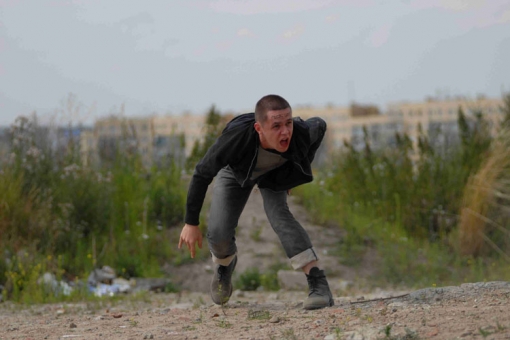 Made in Poland is a story about a young altar boy, Boguś Kowalski, who wakes up one day with an overwhelming urge to amend the world. However, that urge is accompanied by rebellion... He needs support for his actions and seeks advice from his mentors: Polish teacher, priest and mother — a devoted fan of Krzysztof Krawczyk. Boguś establishes a “rebellious community association”, for which he wants to recruit his friends and neighbours. All of a sudden, he meets an intriguing red-haired girl... Unfortunately, now is not the time for a romance, as he comes into conflict with a local mafia.

Przemysław Wojcieszek (born in 1974) — he is a film and theatre director, and a screenwriter. He has graduated from the Faculty of Polish Studies at the Jagiellonian University in Krakow and from journalism at the University of Wroclaw. In 1998, he debuted as a screenwriter in the widely-commented film by Witold Adamek — Monday. A year later, Wojcieszek made his first own film — Kill Them All — working in semi-professional conditions. The year 2001 saw another of his films — Louder than Bombs. He has collaborated with theatre since 2004.