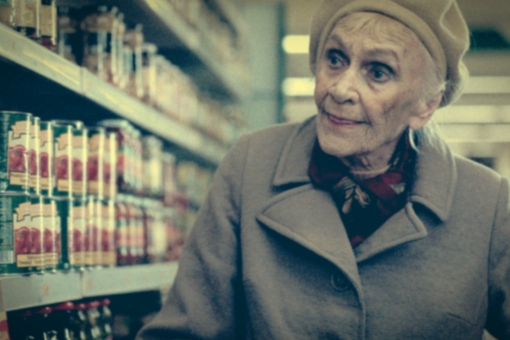 Refined elegant elderly woman comes into the store. She is buying as everyone else.

Ieva Javaitytė (born in 1982) — she has got involved into the film production kitchen in 2002 when she worked as an assistant of Christine Lathi in a film Out of the Ashes. When Ieva has turned 22 years old, she won a scholarship and gone to Copenhagen for the studies at Copenhagen University. There she has made her first short films. In 2009 Ieva has studied film directing at FAMU in Prague and today she deepens her knowledges and gaines experience in film production company in Prague.