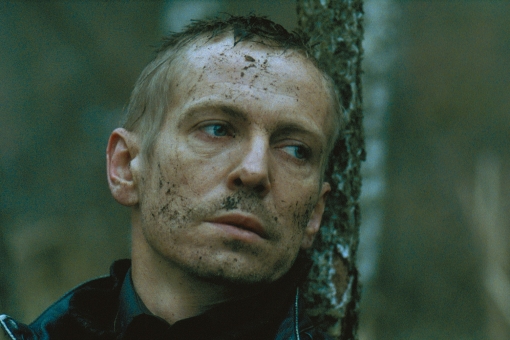 Genia does business with the Russian mafia. When he decides to leave Lithuania and go to the West with his girlfriend, he takes a last trip to Moscow to collect his money back. While in Moscow, he ties up strongly with Sasha, a long-time mistress and a beautiful high-class prostitute. Together, they embark upon a manhunt after Genia shoots dead a Russian godfather and a cop...

Šarūnas Bartas (born in 1964) — Lithuanian film director, one of the most outstanding representatives of cinematographers. He is a graduate of the Moscow Film School (VGIK). He made his directorial debut with his diploma film, the short documentary Tofolaria and mediocre-length film For the Remembrance of Last Day (1989). The author further “purified” the specific cinema language in the full-length film Three Days (1991), which was awarded the prize of oicumene committee at Berlin Film Festival in 1992, and FIPRESCI Prize for the originality of the style. Film The Corridor (1994) was shown at International Berlin Film Festival; Few of Us (1995) and Home (1997) shown in Cannes Film Festival, in the program Other Point.