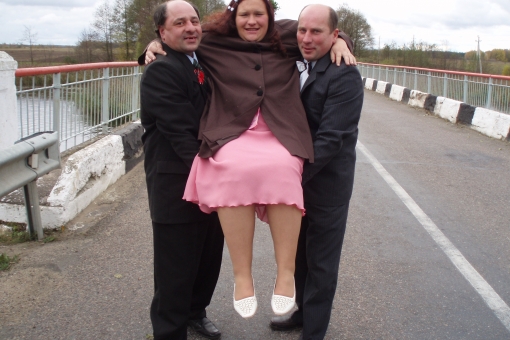 The film is about the metamorphosis of wedding traditions. What has happened to the old wedding traditions that were marked by joy, mystery and sadness? Can we still see the vestiges of these traditions in modern commercialized weddings? Should we be seeking to bring them back? What have we lost? And what have we discovered?

Audrius Stonys was born in 1966 in Vilnius. In 1984-1989, he studied film and TV directing at the Vilnius Conservatory. In 1989, he studied at the Jonas Mekas Film Anthology Archives in New York. His 1992 film Earth of the Blind received the European Film Academy's FELIX award for the Best European Documentary Film. In 2004-2005, Stonys lectured on documentary film-making at the European Film College, Denmark. He is an active member of various international film festivals and workshops.