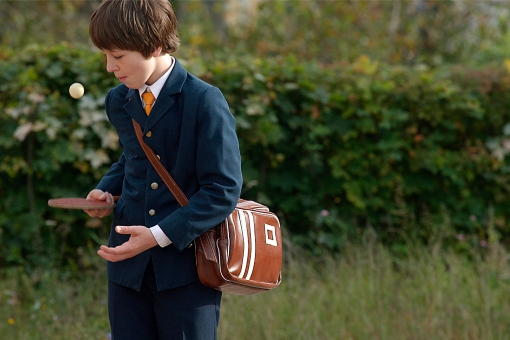 The film is set in a small provincial town in the Soviet Union during the 1980s. Following the divorce of his parents, Rolanas settles in with his father. He begins a friendship with Emilia, a girl living the flat next door. Since both children are shy and fearful, they communicate through the wall or from their balconies, or through the electric plug. It turns out that Emilia's parents are also on the verge of divorcing. The children discover they have much in common, but after a near-tragic incident Emilia is barred from further playing on the balcony. This encourages the pair to go on a “real” date.