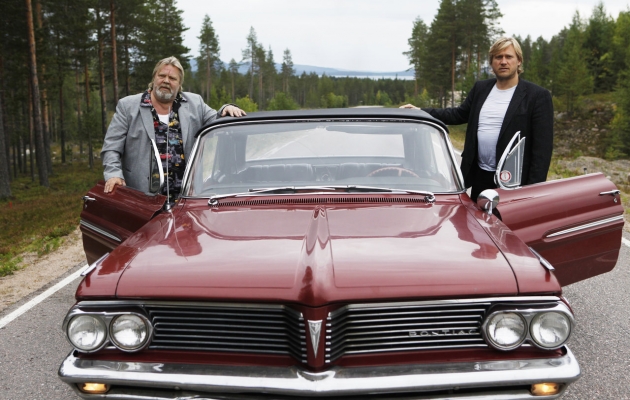 Timo is a 40-year-old pianist, whose life is very well-organised. However, it all falls apart one day, when his wife leaves him and Timo finds his ailing father Leo, whom he has not seen for 30 years, waiting at the door of his house. It seems that the wife has replaced herself with the father. When the two reunite, it is a landmark moment for the both of them. Both have lost nearly everything they had and believed in, but each is the complete opposite of the other. The elderly gentleman is a human wreck, as his life has been full of drinking and smoking. He is also argumentative and insubordinate. He steals Pontiac Catalina from a parking lot and talks Timo into going to Lapland. The father intends to reveal an important family secret, while on the road to Lapland...