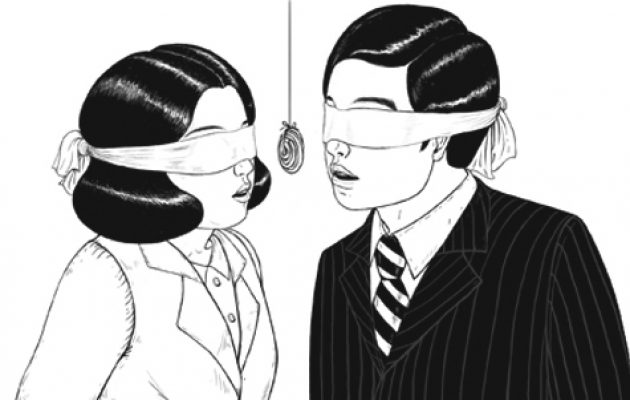 The movie in funny way visualizes the point that “love” is a kind of “game” or a “role play” with set rules in itself. The impressive black-and-white images on the screen, with the background minimized, allow people to focus on the game that the two lovers play on screen.