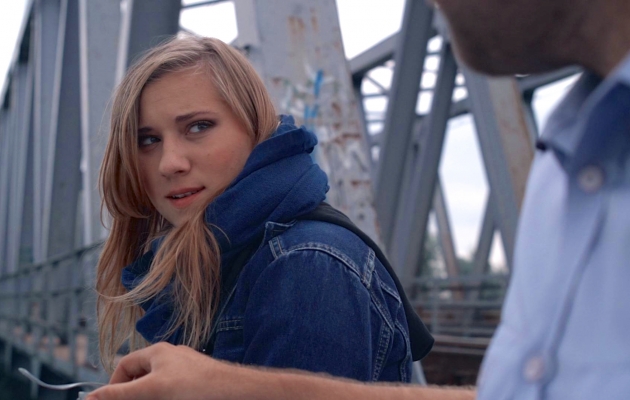 Olena and Dima, two young Ukrainians, are travelling to Sweden, through Poland. Somebody steals their wallet, in a train. The thief throws Dima’s passport out onto the tracks, when the two are fighting. Olena and Dima must find it, before the ferry departs for Sweden. All of a sudden, the true reason for their trip is revealed.

Elżbieta Benkowska was born on Roman Polanski’s 55th birthday. She started her career with a short documentary about a female hockey player, but now finds more interest in feature films. She has graduated from Gdynia Film School and Slavistics at the University of Gdańsk.