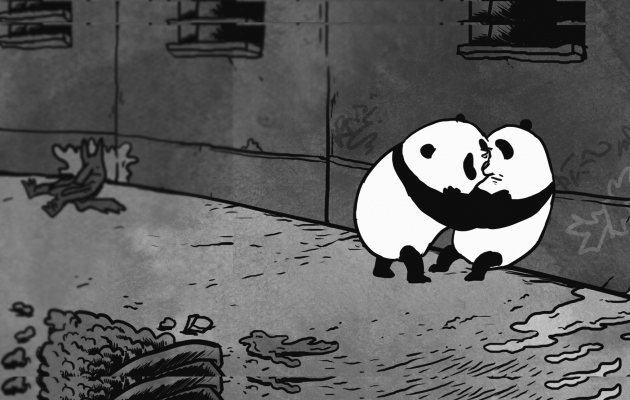 The world is moving ever so fast and humans are claiming more and more space without necessarily considering the consequences. Pandas is caught in the middle of a game where concepts of commercialism and pure voyeuristic entertainment are put side by side with notions of animal preservation.

Matúš Vizár was born in Slovakia in 1985. He studied animation at The Academy of Performing Arts in Bratislava, Slovakia, before attending FAMU in Prague, Czech Republic. Besides being a film maker, Vizár is also an illustration artist and political cartoonist.