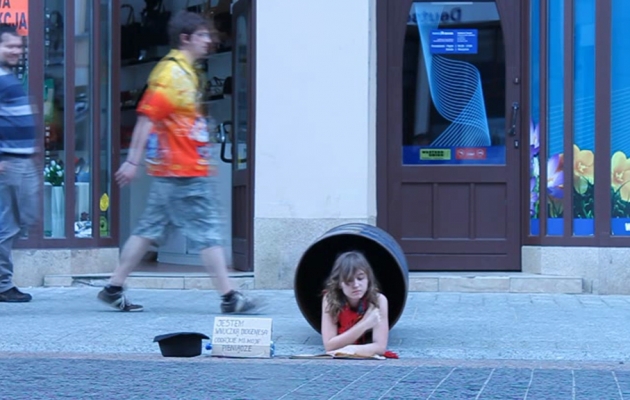 The granddaughter of Diogenes comes to Sinop to see the city her grandfather had been exiled from. She follows the same path he once chose and finds shelter in a large ceramic jar. She finds a backyard, where she sets the jar. Unfortunately, the rain comes and she drowns in the jar. The film was shot in outdoor locations, in Toruń.

Tadeusz Misiaszek has been an instructor at a youth theatre, since 1990s. He has also been working with photography and recently with youth films — also as an instructor. Diogenes’ Granddaughter is his film debut, which, according to his own words, “is based on the skills and sensitivity of cinematographers.”