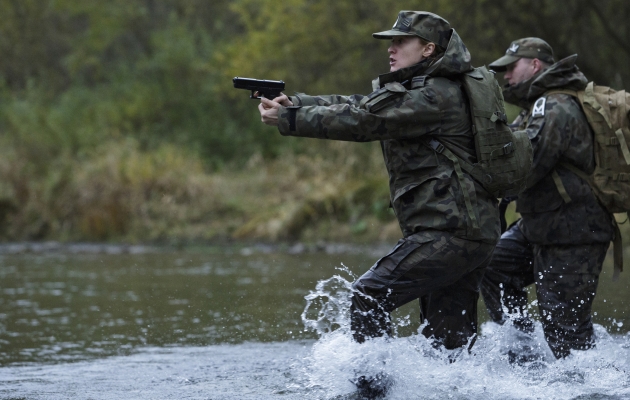 HBO Europe's break-out Polish original drama returns. Four years after the events of the first season there is unrest in the borderland, with more people attempting to cross illegally from the Ukraine into Poland and Border Guards working under enormous pressure. When a gruesome murder is committed in the area, Prosecutor Dobosz (Aleksandra Popławska) is appointed chief investigator and anxiously returns to the Bieszczady Mountains. Commander Markowski (Andrzej Zieliński) is ruling his pack with an iron fist, earning the trust of his reports, but he's haunted by cases from the past. Wanted by the police, Rebrow (Leszek Lichota) is hiding in the backwoods. He is struggling with the wilderness and stays in touch with only two of his friends ― Łuczak (Jacek Lenartowicz) and Marta (Anita Jancia-Prokopowicz). Everything changes when an illegal immigrant, Alsu (Anna Donchenko), walks into his hideaway.