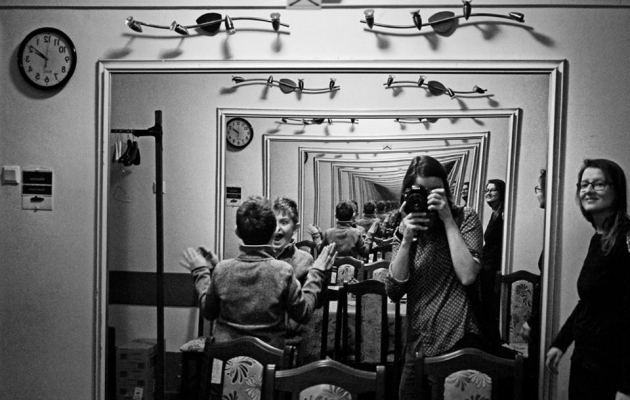 Would like to invite you to a series of workshops addressed to children: Movieplay!

Movieplay! is an interdisciplinary project focusing on informal education, addressed to children and young people, which accompanies the Tofifest International Film Festival. It is a combination of activities that correspond to broadly-defined cinema, photography, sound, image editing, and include some forms of artistic actions and photography practice. Movieplay! popularises knowledge about cinema, defined as a synthesis of arts, as well as makes it possible to become familiarised with the multi-aspect and complex artistic process that accompanies visual arts.

In the process, we will analyse the language of film and join forces with artists, producers, and cinematographers, in order to create a short film material, as well as define its original language, production design, and dubbing, as a result of creative cooperation and meetings with film-makers. Free admission! 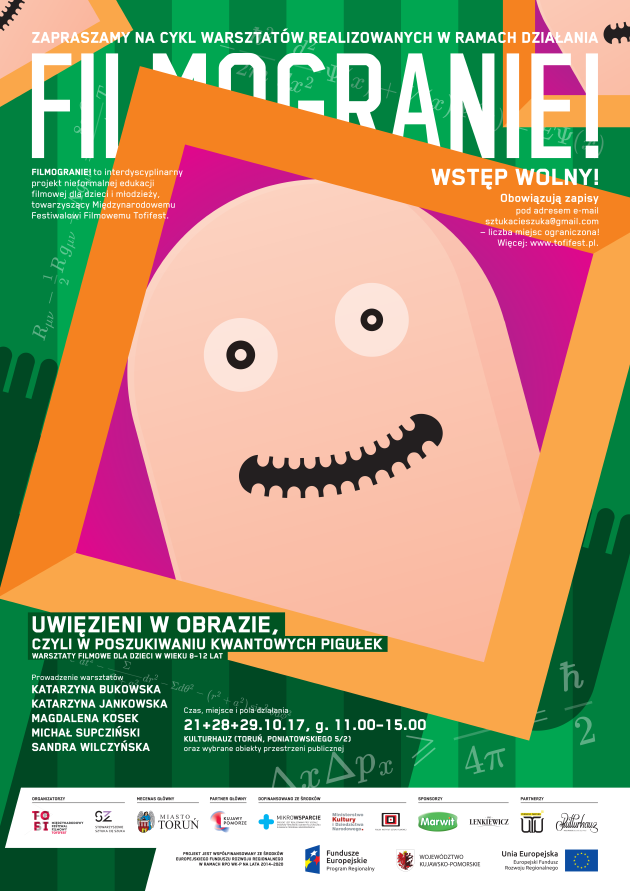 Trapped in a picture, a.k.a in search of quantum pills

This time, the team of Movieplay! will travel a lot. However, these travels will be accompanied by extraordinary phenomena, such as experimental transferring of energy, time paradoxes, or trips right into the centre of a black hole...

Workshop participants will play pupils, who are about to go on a seemingly typical school trip. On their way, they will encounter unstable wormholes located inside a mysterious museum, and use them to travel from one point of space-time to another one. The trick is that they will have no control over the moment when this trip starts or its destination. On top of all that, they will be trapped in paintings hanging on the walls of the museum! The only way to get back to the present will be to use quantum pills... But where can they be found?

The event has been financed from the funds of the Mikrowsparcie programme of the Torun Culture Agency. Movieplay! will take place as part of the 15th edition of the Tofifest International Film Festival. The primary patron of the festival is the City of Torun. The main partner of the festival is the region of Kujawsko-Pomorskie. The event is financed from the funds of the Ministry of Culture and National Heritage, and the Polish Film Institute. This event is co-financed by the European Regional Development Fund (ERDF), as part of the Regional Operational Programme for Kujawsko-Pomorskie Voivodeship for the years 2014–2020.