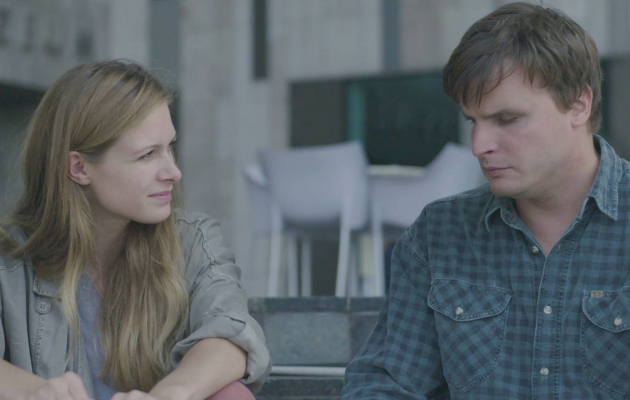 Two people meet in the dark. The darkness of an invisible exhibition. Through the film, we follow them as they get closer and move apart from each other by crossing blurry boundaries. Boundaries that exist between and within people and are mostly invisible. Not only for the blind.

Áron Szentpéteri was born in Pécs in 1987. He is a director and screenwriter. In 2014, he made a short film titled Delfinkirály, which was followed by Invisibly, in 2017.