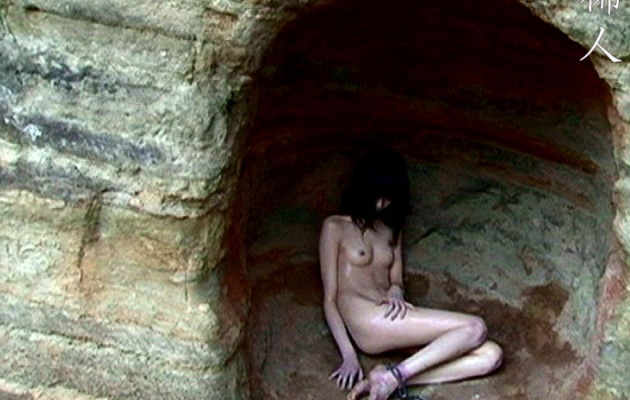 Masuoka is fascinated with the suicide act that took place at a subway station in Tokyo. He decides to explore the underground network of the subway channels to face his fears. When wandering along the murky corridors with a camera, he encounters a creature, who resembles a young girl. But she is far from being human, though. Masuoka takes her home in an effort to domesticate the creature: he calls her “F”, tries to educate and feed her, but she has no interest in eating or drinking. The only thing F seems to care about is... blood.