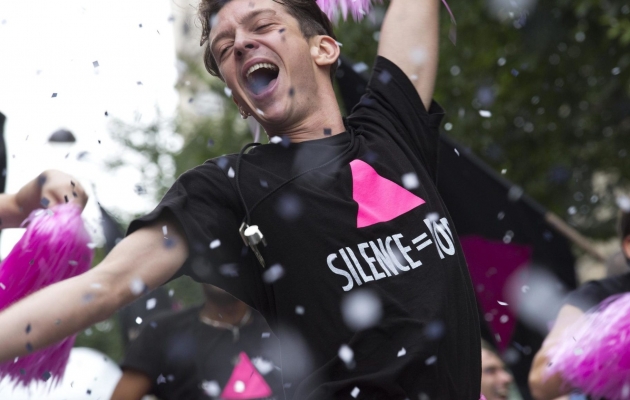 In the film by Robin Campillo, we see a clash between euphoria and despair, and a faster heart beat resembles the ticking of a clock counting the time. And in fact it is about a race against the clock, indeed: the film is set in the early 90s, when the AIDS epidemic is wreaking havoc in France with the silent consent of the government and pharmaceutical companies. Activists from a Paris-based ACT UP group are struggling to break the conspiracy of silence that surrounds the disease, by organising various actions, marches, and happenings.