Jan Matejko. Rejtan, or the Fall of Poland 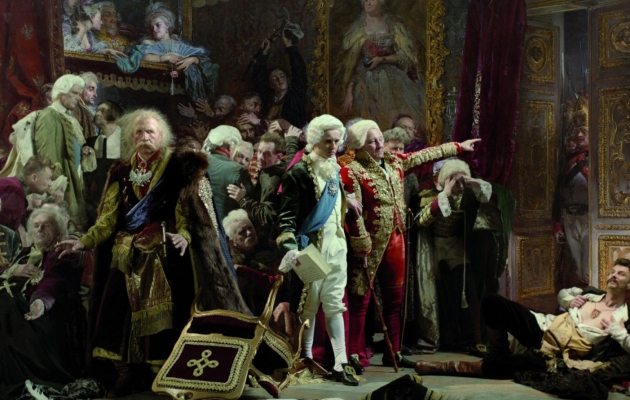 In 1773, clutching at assorted pretexts, Russia, Austria, and Prussia annexed one-third of the territory of the Commonwealth of Poland and Lithuania. The deed marked the beginning of the process that bereft Poland of independence. Bribed by Russia, deputies for the Partition Sejm of 1773 were ready to ratify an act sanctioning the First Partition of Poland. The film shows the dramatic moment when Deputy Tadeusz Rejtan tries to forestall that act of treason.