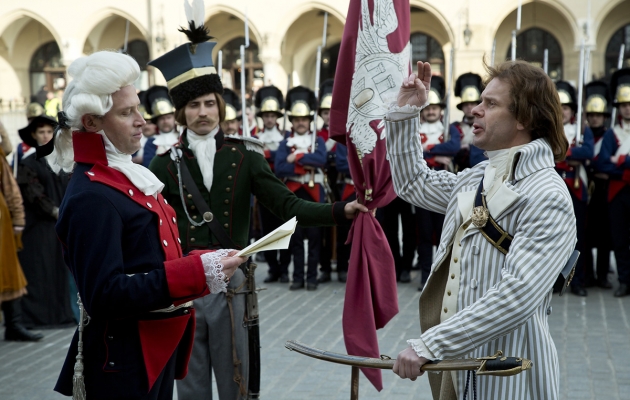 It is 1794. There have already been two partitions, which carved up the territory of Poland. Tadeusz Kosciuszko, a hero from the war against Russia and the American War of Independence, takes charge of an uprising. On the Main Market Square of Krakow, he solemnly swears to fight for “freedom, unity, and independence”. Unfortunately, the Kosciuszko Uprising is soon defeated. The Third Partition takes place in 1795, and Poland disappears from the map of Europe.