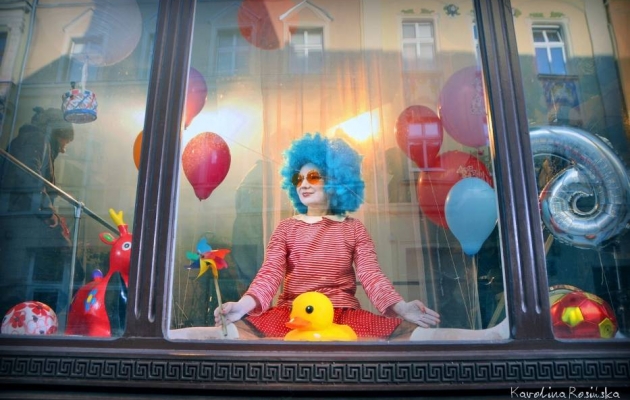 The film was made by an informal artistic group called Czarny Karzeł (Black Dwarf) from Bydgoszcz. They were inspired by a book titled Moby Duck written by Donovan Hohn, which popularised the story of 28,800 bath toys ― beavers, frogs, turtles, and ducks ― which fell into the Pacific Ocean from a giant merchant ship near the Aleutian Islands, on 10th January 1992. Then, they started coming onto beaches nearly all over the world, for many years. The film touches on significant ecological problems, becoming an ironic modern fairy tale, which shows both the problems the world has been facing for long years, and more recent events (the Deepwater Horizon oil spill in the Gulf of Mexico, tsunami, and the Fukushima Daiichi nuclear disaster, etc.), in a distorting mirror.