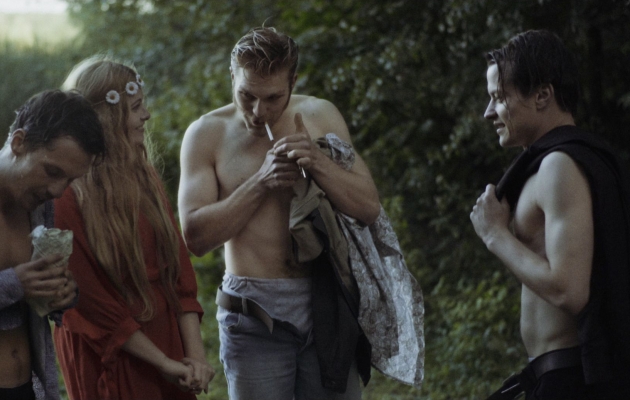 It is the end of 1970s. Three friends break into an abandoned mansion. They are looking for a semblance of carelessness and freedom. The time they are going to spend together is supposed to be a triumph of friendship, joy, and freedom. Quite unexpectedly, the events that take place separate them forever, leaving each of them with a hole in their hearts that cannot heal.

Karolina Ford — she is a film director, screenwriter, and producer. She has graduated from the Faculty of Fine Arts at the Nicolaus Copernicus University in Torun, and film studies at Roma Tre University in Rome She has made two short films, i.e. Why Don't I Dance on the Streets and Spaces Between, screened at numerous international and Polish film festivals. Her third film — Three known F. — has only just started its journey through festivals.