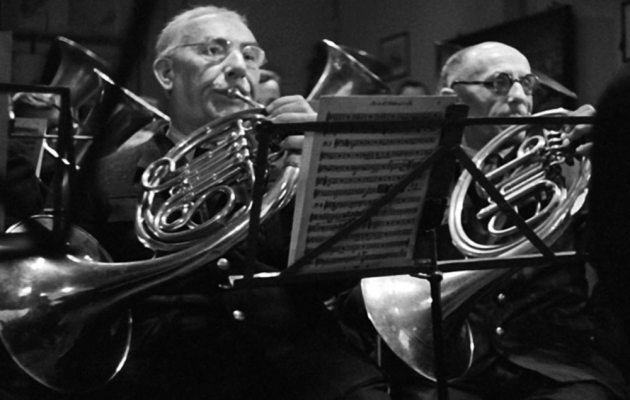 The film is a recording of a rehearsal performed by a brass band of tram drivers from Warsaw. It is entirely composed of what the camera caught, which creates an emotional story about the eternal human need for creation. It is a very successful attempt of Kazimierz Karabasz to record sound and image in a synchronous way, while overcoming the enormous technical limitations resulting from using heavy and stationary filmmaking equipment, encountered during the work. This way, he created a picture that became a long-time model for further generations of Polish documentary filmmakers.