World of Apu, The 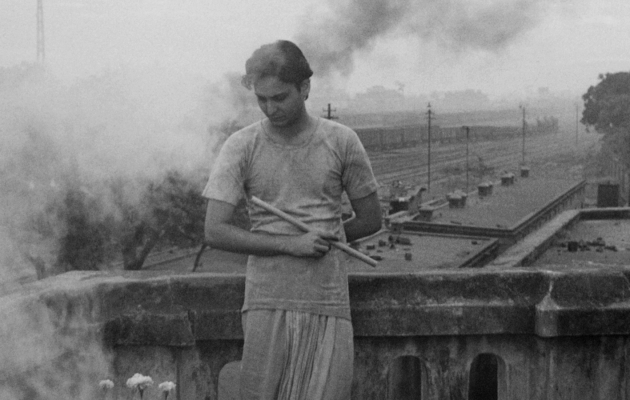 The World of Apu is the last part of the trilogy created by Satyajit Ray. Apu, its title protagonist, has already completed his studies and dreams of becoming a writer, but for now, he is without a job. He will soon embark on a journey, which will change his life... One of his friends invites him to a wedding ceremony of his relative, which will take place in a village. When it is revealed that the would-be-husband is mentally ill, the friend asks Apu to marry Aparna.

This time, the director focuses on the emotional side of his protagonist, at the same time showing a wide social and cultural panorama of India around 1950s. This beautiful film is the quintessence of the unique poetics created by the director.