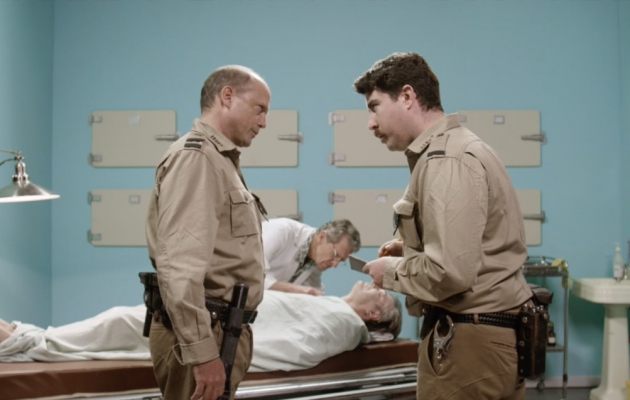 People start dying after the arrival of a mysterious stranger in a small Australian town. Despite this, the local police officer is too preoccupied by his dream Mercedes to pay attention to the deaths surrounding him.

Eryk Lenartowicz completed his Masters in Writing/Directing at the Australian Film Television and Radio School in 2017. He graduated from the Gdynia Film School (Poland) in 2014, specialising in directing. His short films Fast Food and Sunday have screened at several international film festivals. He is an avid fan of the tragicomedy, believing that the best way to portray the tragedies of life is through humour.