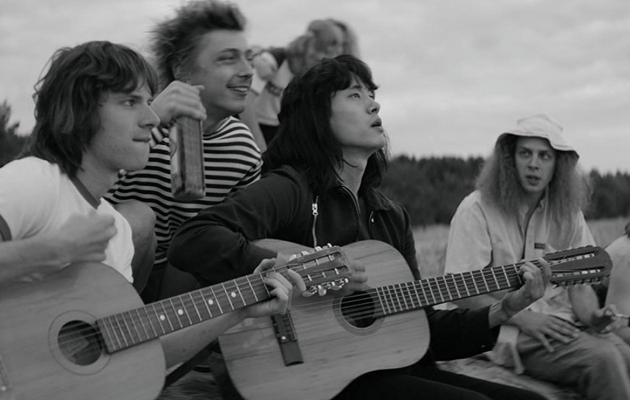 It is the summer of 1981. Leningrad (now known as Saint Petersburg) is living to the rhythm of records by David Bowie, Blondie, Lou Reed, T-Rex, or Sex Pistols, smuggled from the West. Mayk is a celebrity of an underground music scene and king of a rock club, where young people are forced to listen to concerts sitting and in silence. If one wants to revel, it is only possible behind the closed doors of an apartment, giving a private performance. Viktor is only beginning his love affair with the scene, but he has talent, the looks that catch the eye, and writes great lyrics. Both men will not share their passion for music, but their love for Natasha ― the intelligent and beautiful wife of Mayk. The fortunes of this triangle are the main axis of Summer: it is a story about the full bloom of love and art, immersed deeply in black and white (with occasional and sudden explosions of colours).