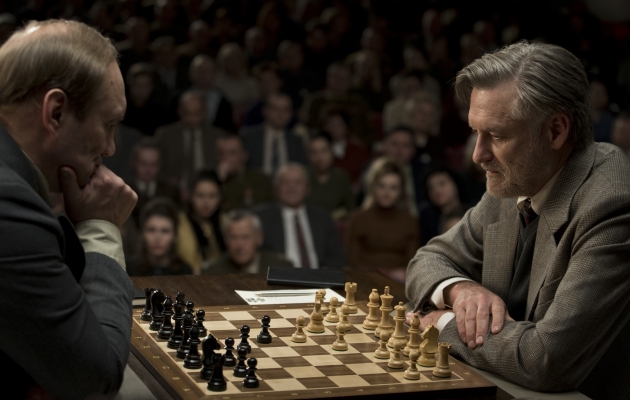 The Coldest Game is an adrenaline-packed spy thriller. During the Cold War, the American intelligence services kidnap a brilliant mathematician and make him challenge a Soviet master in a chess game. In reality, the international chess tournament held at the Palace of Culture and Science in Warsaw is only a cover-up for a spy game, in which saving mankind from nuclear catastrophe is at stake…

Łukasz Kośmicki is a director, a scriptwriter and an acclaimed cinematographer, Łódź Film School graduate. He penned the script for the film The Dark House, for which he received the Best Script Award at the Gdynia FF. His cinematography for the films Poznań 56 and Street Games also brought him accolades at Gdynia. He won “Polityka’s” Passport in the Film category. An acclaimed creator of over five hundred ads produced on five continents.