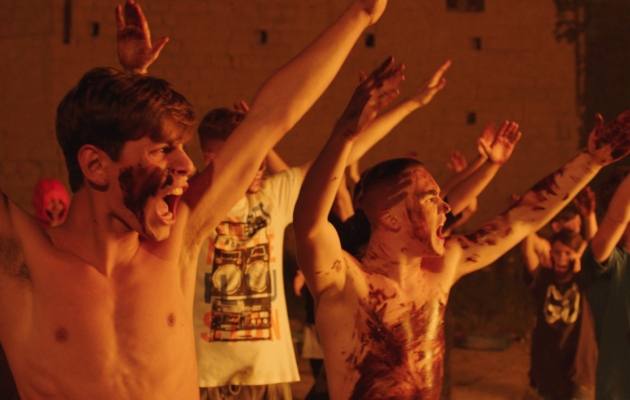 Four teenagers – Nicola, Tyson, Lollipop, and Biscottino ― have their minds set on making money, buying designer clothes, new scooters, and expensive watches. When the last of the former mafia bosses ends up in jail, Nicola comes up with the idea of taking his place, which will be instrumental in making their dreams come true. Wielding guns, they show up on the streets of Naples to seize power. They considers themselves as a brotherhood, fearing neither jail nor death. They sell drugs, kill without remorse, as if it was a game on PlayStation, they become piranhas ― innocent at first glance, but so lethal. It takes a while for them to realise that this is a path of no return.