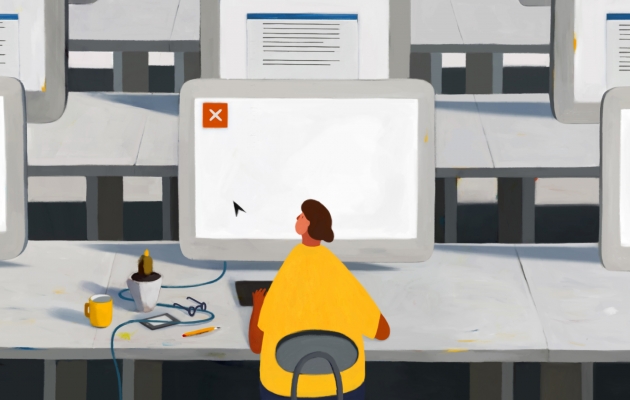 Story is a series of between ten and twenty scenes filled with irony, depicting a reality in which everyday life intertwines with the digital world. This animation is seen through the perspective of a “story”, which is a popular feature in the majority of social media, used by lonely people, often lost, and indifferent to the world around them. Animation.

Jola Bańkowska (born in 1992) studied at the Department of Graphic Arts of the Academy of Fine Arts in Warsaw. She is an illustrator, director of animated films, a two-time winner of the Adobe Design Achievement Awards, and holder of a scholarship of the Minister of Culture and National Heritage (2016).