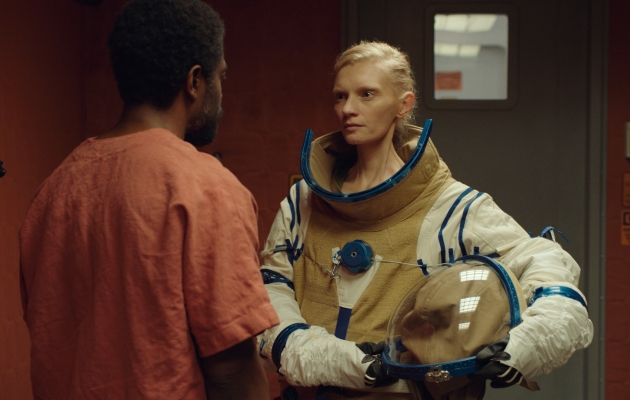 We are somewhere in a galaxy far away, well beyond the boundaries of the Solar System. Monte (Robert Pattinson) is raising his daughter Willow in total isolation, on board a spacecraft. He has become a father without his consent — his sperm was collected and used to inseminate Boyse (Mia Goth). He and his daughter used to be part of a crew comprised of ex-cons and convicts sent deep into space as guinea pigs to find a black hole closest to the Earth. Now, long years after their departure, all that is left of the crew is Monte and his daughter.