Concerto no. 2 for Cello and Orchestra 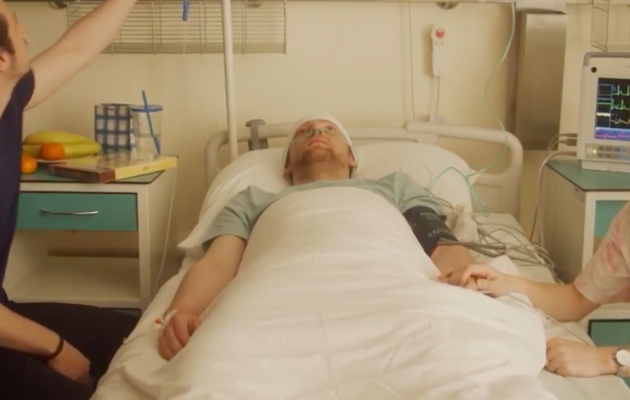 Maciek is a young ophthalmologist, who spends his free time giving concerts with his band. During one of such concerts, he has a stroke. He undergoes a complex surgery to save his life, which does not come easy. The man feels he is trapped not only in his own body, but also in a relationship... He starts fighting for his freedom. The film is inspired by actual events and based on a TV report by Małgorzata Smolak. The script was written based on a cello concerto by Paweł Mykietyn.

Maciej Stuhr was born in 1975. He is an actor, screenwriter, and director. He has graduated from psychology at the Jagiellonian University and from the department of acting at the AST National Academy of Theatre Arts in Kraków. He is part of the team of actors of Teatr Nowy.