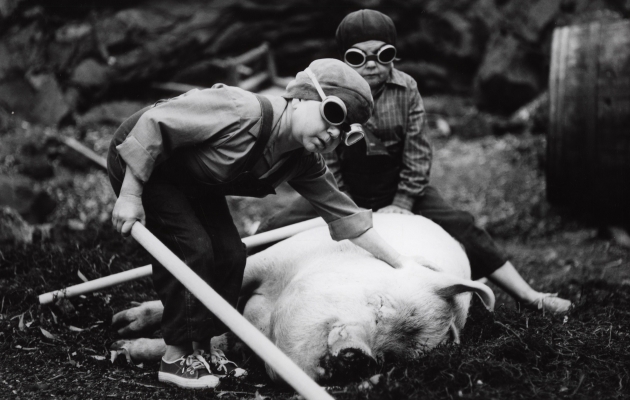 The film depicts a rebellion, which broke out at a correctional facility for dwarfs, who cast out their director and started a revolution. This revolution is in its essence just about destruction, most often quite random and senseless. Naturally, the ring-leaders have their mouths full of righteous slogans and arguments, but the mob have their minds set on destruction... Even Dwarfs Started Small is a grotesque and sharp critique of any and all forms of revolution, which are always doomed to fail, because they are driven by herd instinct beyond any control.