My Flesh, My Blood 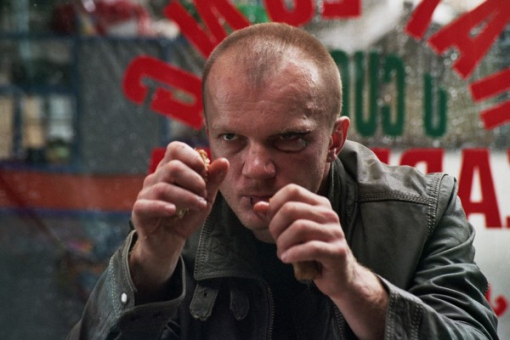 Igor (Eryk Lubos), a boxer, gets seriously injured during one of his fights and has to give up his career. After several unsuccessful relationships with women he starts thinking about leaving 'something' after him — a child. That is why he needs an accidentally met at the marketplace Vietnamese (Luu De Ly), who agrees to give birth to his child in exchange for Polish citizenship. Though difficult at the beginning, this meeting of people of different cultures will change everything in their lives...

Marcin Wrona — film, television and theatre director. He graduated from film studies at the Jagiellonian University and film directing at the Radio and Television Department of Silesian University in Katowice. He also finished Andrzej Wajda Master School of Film Directing and Binger Film Institute in Amsterdam. He realized several plays for the TV theatre.