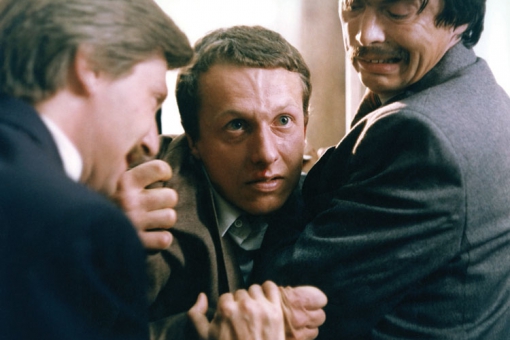 The film shows three different, dependent on a blind chance, life scenarios of one man, Witek Długosz (Bogusław Linda). In the first sequence Witek struggles not to be late for the train to Warsaw, upon which his further story depends. If he is on time, on the train he will meet an old communist canvasser who is going to convince him to support the government. If he runs into a railway security officer, not only will he be late, but he will also get punished which will induce him to join the political opposition. In the third version, on the platform he meets a girl that he knows. It will result in the wedding and his decision to make an apolitical career as a scientist. All three versions end at the Okęcie airport where Witek is going to fly abroad...